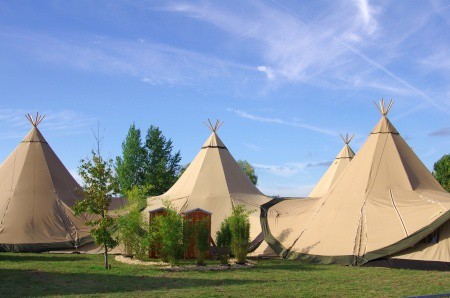 Let’s be honest: traditional camping isn’t for everyone. While some people may get a feeling of accomplishment at having survived the night by roughing it in conditions that went out of style around the time buildings were first invented, many of us simply prefer to enjoy the outdoors in something a little more luxurious. If you’re someone who appreciates the beauty of nature but doesn’t want to sacrifice style and comfort, or have the need to carry bear spray,  you may want to look into the chic new trend of “Glamping” (aka. “Glamour Camping”).

Glamour Camping goes by many names including Boutique Camping or Posh Camping and each style has subtle variations, but what they all have in common is a shared history. Glamping began as an off-shoot from the luxurious African Safaris that became so popular in the last century and have continued on to the present day as a growing worldwide phenomenon.

Everything about Glamping is designed to improve on the experience of regular tent camping while reducing or eliminating the discomforts. At the lower end of the Glamping spectrum are spacious canvas tents and might have wooden floors, electricity, and running water. The sky’s the limit at the top end of the scale which can include ultra-luxurious full-service lodgings complete with all the comforts of home.

Instead of sleeping on the hard ground in a cramped, smaller tent, Glampers have a choice of many different sorts of structures that depend on their personal style and budget. Yurts, tipis, airstreams, bell tents, safari tents, tent cabins, and tree houses are all popular options and each one has its own advantage and unique features. 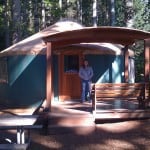 Yurts have come a long way from their invention 2500 years ago in Mongolia. The modern yurt is a round structure that has a dome roof and woven fabric walls. These make it light and portable and it can be assembled and disassembled with relative ease which allows it to be used in a wide range of outdoor locations. 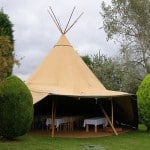 Tipis are similar to yurts in that they have fabric walls and are of a light construction that’s given stability because of their round shape. However, tipis have some distinct advantages because they’re slightly smaller on the inside which makes them easier to keep cool or warm. They are also a time-tested design that’s ideal for Glampers who want something a little more traditional. 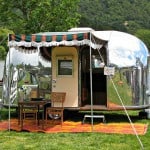 Airstreams are luxury RV’s that were first developed in 1931 and became very popular in the 1950s and 60s. In addition to a reputation for having a high build quality and ergonomic design, Airstreams are famous for their distinctive curved aluminum housing that’s both aerodynamic and extremely stylish. These are the perfect choice for Glampers who want to make a statement and be seen out in the wilds. 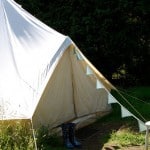 Bell tents have a similar design to tipis with a high roof and cloth or woven sides. Unlike tipis however, bell tents have a single central support pole and the walls are held apart by tension cables that are pegged to the ground. The main advantages to this design is that they are one of the most portable forms of large tents and have an ample interior space with enough room to sleep several people. 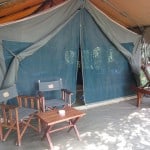 As the name would suggest, Safari Tents were first developed to create comfortable tent-like accommodation for visitors going on luxury tours of Africa. These tents have a more traditional house-like shape than the other styles and can have separated rooms and screen windows that can be opened. Their walls are supported by a complicated network of poles which give them greater stability and more headroom but also makes them heavier and less easy to transport and set up. 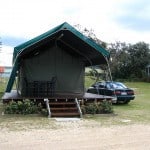 Tent Cabins are a very popular alternative to traditional wood or metal cabins that can be seen in use in many National Parks throughout the country or in beach resorts in Europe. They typically have a frame made from metal pipes that are connected to a wooden floor that’s raised a little off the ground. Furnishings inside can be very luxurious and many have kitchen facilities, running water, and electricity. 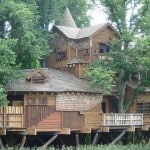 An unexpected and quirky option for Glampers is to stay in a tree house accommodation. These come in two main styles, the first of which is quite literally a small house built into the branches of a tree. These can be accessed by ladders or suspension bridges and inside you might find every possible mod-con from hardwood floor to proper beds and cable TV! Another popular form of “tree house” is actually a raised structure that’s lifted high off the ground by stilts. This is used in areas where there aren’t tall enough trees available and they have the advantage of greater stability and perfect, unobstructed 360 degree views.

The Scoop On Bear Spray: Will

How To Sharpen a Machete